People City is made up, but you'll recognize pieces of it from where you've already been. If you've sat in the sun in a public plaza, listening to the fountain bubble and musicians play for passersby, you've been here before. The widest sidewalks and bike lanes you've ever navigated are here, too. The crowd of protesters downtown, who carried their painted signs rolled up on the subway en route to City Hall, are still chanting through the streets. If you've congregated with your neighbors on your front porch, stoop, or outside the local corner store, you'll find yourself doing the same here. People City represents a vision of the city as it might be, but not as a utopian dreamscape. My goal here isn't to imagine away the realities of city life but rather to celebrate moments where cities do good by their people while critiquing where they fall short. I'm a student of cities, so this process is as much about learning for me as it is about sharing. This is a sketchbook of ideas, a journal of drafted thought. I hope you'll bear with me.

The relationship between the city and its people is historically fraught. Industrial urbanization subjected masses of people to disastrous living and working conditions, yet made large-scale organizing (against those same conditions) possible. As the city grew to bursting, it became a physical manifestation of structural inequality under capitalism. And in the post-WWII United States, those structural inequalities were demonstrated more viciously as white people fled to the suburbs, taking their privileged tax base away from inner cities and leaving already systematically oppressed citizens to fend for themselves. More recently that pattern has shifted, as wealthy and predominantly white suburbanites 'rediscover' the value of the city and move into spaces made available to them by the displacement of more vulnerable longtime residents.

As the gap continues to grow between the poor and the wealthy, the city likewise becomes polarized as a home for both. This along with the increasing privatization of formerly public goods and services means that the line between space for the people generally and space for the consumer specifically has become hazy. We are finally recovering from freeway-dominated mid-century planning practices, but those highways remain, and we still struggle with creating equitable and human spaces. We've seen towns and cities adopt principles put forward by New Urbanism, but are still deeply entrenched in an inequitable economic structure, so that even something as simple as walkability becomes an issue of wealth and class.

Ultimately, though, the city can be a rich and vibrant place where all sorts of very different people can mix, which is why public space and human-centered design is so massively important. The potential of the city is that of communication, exposure, celebration, protest, and all that people as individuals and as a collective bring to it. People City is that city: animated, yet imperfect, and above all allied with its people. 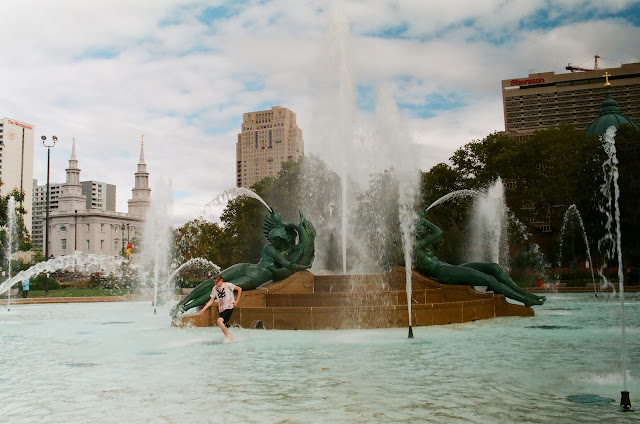